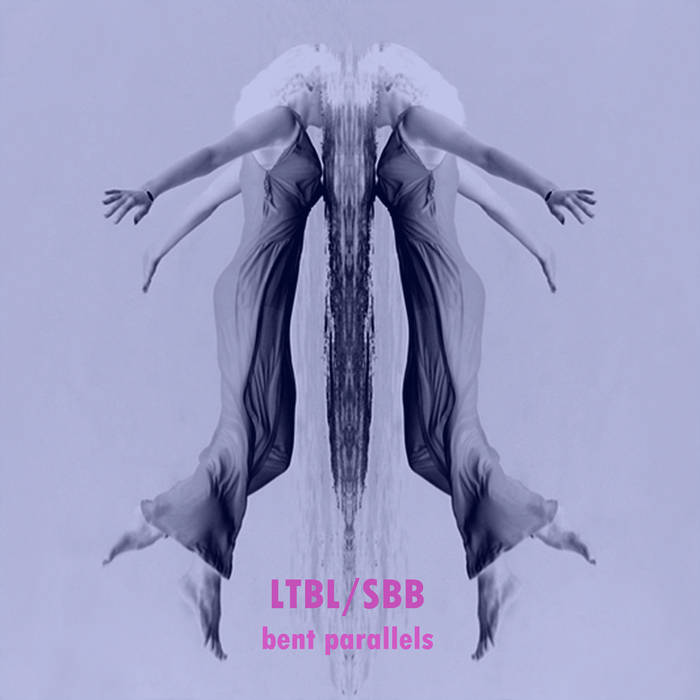 In 2018, the band, Let There Be Light, released a collaboration album with Savino Mazzuocco aka Senior Beat Box, the atmospheric-techno-electronic Bent Parallels. Mazzuocco and LTBL member, Piero Frenguelli, have produced many jam sessions together. Eventually the sessions evolved into full on band jams and the album is a culmination of the 'best of'. Toronto publication, BlogTO wrote about one of the shows, Frenguelli and Mazzuocco did together. In this video, Mazzuocco explains how he got into electronic music production, what instruments/tools he uses, and talks about how he got together with LTBL to produce Bent Parallels. For more on Frenguelli, visit his ambient project site, Agencies. For Senior Beat Box, check out his SoundCloud and his Youtube Channel.

Marco Porsia artfully shot and directed two videos for the upcoming LTBL two track single, "Moth Queen" and "No Given Path". The first track features vocals from Jesse Crowe of Toronto-based band, Beliefs set to sprawling, lush electronics by Let There Be Light.

The next video, "No Given Path" is an instrumental track and an indication of what the rest of the album is like. It features some fine electro-downtempo-atmospheric-moody-melodies for you to immerse to.

I'm a compulsive music listener and collector and this is the latest stack I picked up from various places around Toronto and from travels touring my doc, Where Does A Body End?

The Fall - Bend Sinister  Although I own almost every Fall release, I did not have this on CD or vinyl
scored in Buffalo, NY at a shop called REVOLVER RECORDS on a recent trip. I proudly display this in my record library.

Jon Hopkins - Insides bought this at RECKLESS RECORDS in Chicago on a recent trip, playing the doc there.

Yann Tiersen - All   was given to me in London, England at the Mute office  from the executives. This album has some beautiful piano-based melodies.
Laibach - The Sound of Music This album was also given to me in London, England at Rough Trade. I love Laibach. 'nuff said.
Interpol - Fine Mess Always a reliable listen. Still a great band no matter how much the press shoots them down.
Rema Rema - Fond Reflections Historical 4AD band finally puts out their first album 40 years after they break up. Amazing, beautiful post punk stuff from 80-81.

I have my phone and devices hooked up to sound libraries, but also have an extensive CD, vinyl and digital audio file collection. I listen to a lot of stuff at work, when driving and at home in between studio sessions. Here’s what I’m listening to currently, Stars of the Lid -"Gravitational Pull vs The Desire For An Aquatic Life"

I got the vinyl re-issue on of SOTL's second official release and first on Kranky (1996) which I just discovered in a discount bin. This is probably their most esoteric and abstract work with deep drones and swirling, billowing harmonics.

I also listen to a number of Boiler Room live DJ sets of dark techno artists such as Rrose, Codex Empire, Shifted, Function, etc.. ad well as anything from the now-defunct Sandwell District label.. Reminds me of the good 'ol times spent clubbing at the dark/industrial dives in Toronto.

Helps me unwind and relax at night and collect my thoughts. I love Liz Harris’ deceivingly simple harmonies and stripped down instrumentation, reverberant spaces, and delicate atmospheres.

Man, these guys are growing on me pretty fast! Songs with tons of amazing hooks, sequenced basslines, chorused guitars, great vocals and melodies, drum machines! The gritty production is perfect for this stuff. Cant wait to go see Drab at the Velvet Underground venue in Toronto this August.

Marco wonders, 'Where Does a Body End?" at The Revue in Toronto

On Monday, June 24th, 2019, Marco Porsia hosted his labor of love, Where Does The Body End?, a documentary on American experimental rock band, Swans and lead singer, Michael Gira. The film was screened at Toronto's Revue Cinema (400 Roncesvalles Avenue) to an audience of enthusiasts.

The documentary is several years in the making and is several hours long, but the Toronto audience got the two hour abridged version. After those two hours, viewers got the sense they only scratched the surface of the topic. Porsia received unprecedented access by the band and captured intimate moments, including the composition process. The documentary is currently being toured and screened worldwide. Here is a taste:

Piero Frenguelli aliased as Agencies in Toronto's Kensington Market at the Handlebar venue (159 Augusta Avenue) on June 2nd 2019. To prove it, we recorded the set and have it here for your listening pleasure. If you dig the sounds of Agencies, check out the Bandcamp page where you can stream and immerse in the ambient atmospherics. The Drones album would be a good place to start.

Let There Be News

Toronto's genre-bending Let There Be Light music related news and attendant side project in film, audio, and graphics.